A telephone pole for an anniversary gift?

My parents will be celebrating their 31st wedding anniversary on September 11th. This weekend, my mom gave my dad his anniversary gift...a telephone pole! Why would anyone want a telephone pole and who would give that to someone? Well, let me tell you the story! 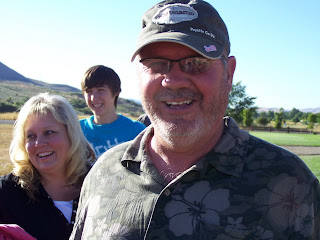 Dad going to see his gift, a little bit in shock but very happy!

My dad is a phone guy. He was in the Air Force, working in telecommunications and currently works for a telephone company as the installation and repair manager. If you ever want to learn how exactly a phone call works, just ask him and he will be happy to tell you! When he first started in the industry, he worked for a telephone company in Midvale, Idaho and loved his boss, a guy named Verde. Back then, my dad would have to climb telephone poles to repair them, wire them, etc. 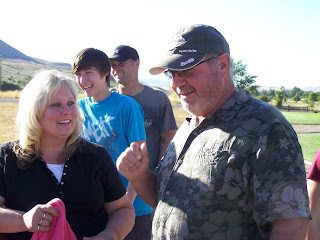 Mom telling dad how she got the pole.
Most telephone poles from back then have been taken down and replaced with newer ones. But there is a place still in Midvale where the poles are still standing-they have no wires on them, they just never got taken down. Everytime my dad drives by these poles, he tells my mom about how he used to climb THOSE poles when he worked for the telephone company and how much he would love to get one. 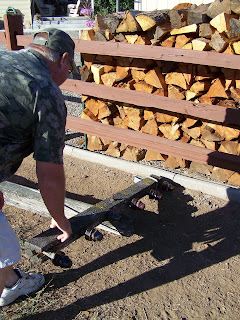 Dad checking out his new telephone pole.
After you have been married for so long, you probably run out of ideas as to what to get your spouse for a gift. My mom really wanted to get her hand on one of these telephone poles since my dad so clearly wanted one! She found out who owned the property where the poles were located and gave them a call. She told them the story and how much my dad wanted one and the lady said of course she could have one if she was able to cut it down herself. 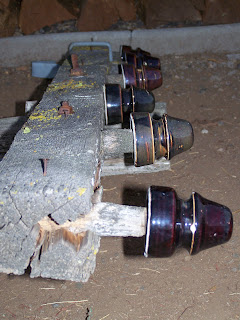 So this weekend, while the boys went fishing, us girls found a way to get that telephone pole cut down and brought it home to surprise my dad. We told him we had a surprise for him, put a towel over his head and walked him over to it. Mom told him she knew how much he wanted it and he was shocked when he saw it. He couldn't believe that she was able to get one for him! 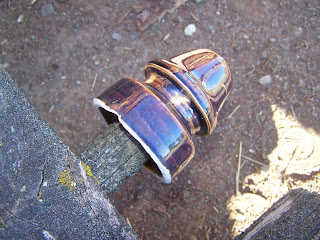 He was so funny, he told us all the story of how he climbed this pole many years ago and showed us where the climbing spurs on his boots had made marks. He has big plans to put it across the creek in his yard and maybe add some more to it! 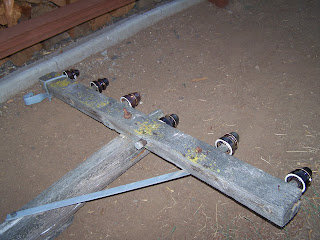 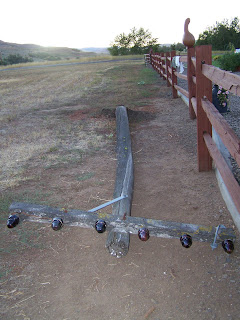 Linking up to:
ColoradoLady:Vintage Thingie Thursday
Posted by Trisha at 1:35 PM

I love this story. First tell your dad Happy Anniversary from one phone girl to another phone guy. People wonder why I have this old antique dial phone sitting under my patio out back. Well I was a phone company service rep. :) Hope he enjoys that old post.
Cher Sunray Gardens

What a fantastic gift! I bet your dad had no clue what he was getting until he took the towel off his head!

Your dad and I have a lot n common. I worked for the telephone company for 40 years. I understand what you are saying very well. Best wishes to him on his birthday.