Sometimes when I see something on Pinterest or elsewhere, I just have to give it a try for myself.  These pies in a jar are just too cute and when I was asked to make the dessert for my dad's Birthday party this weekend, I knew exactly what I would make. 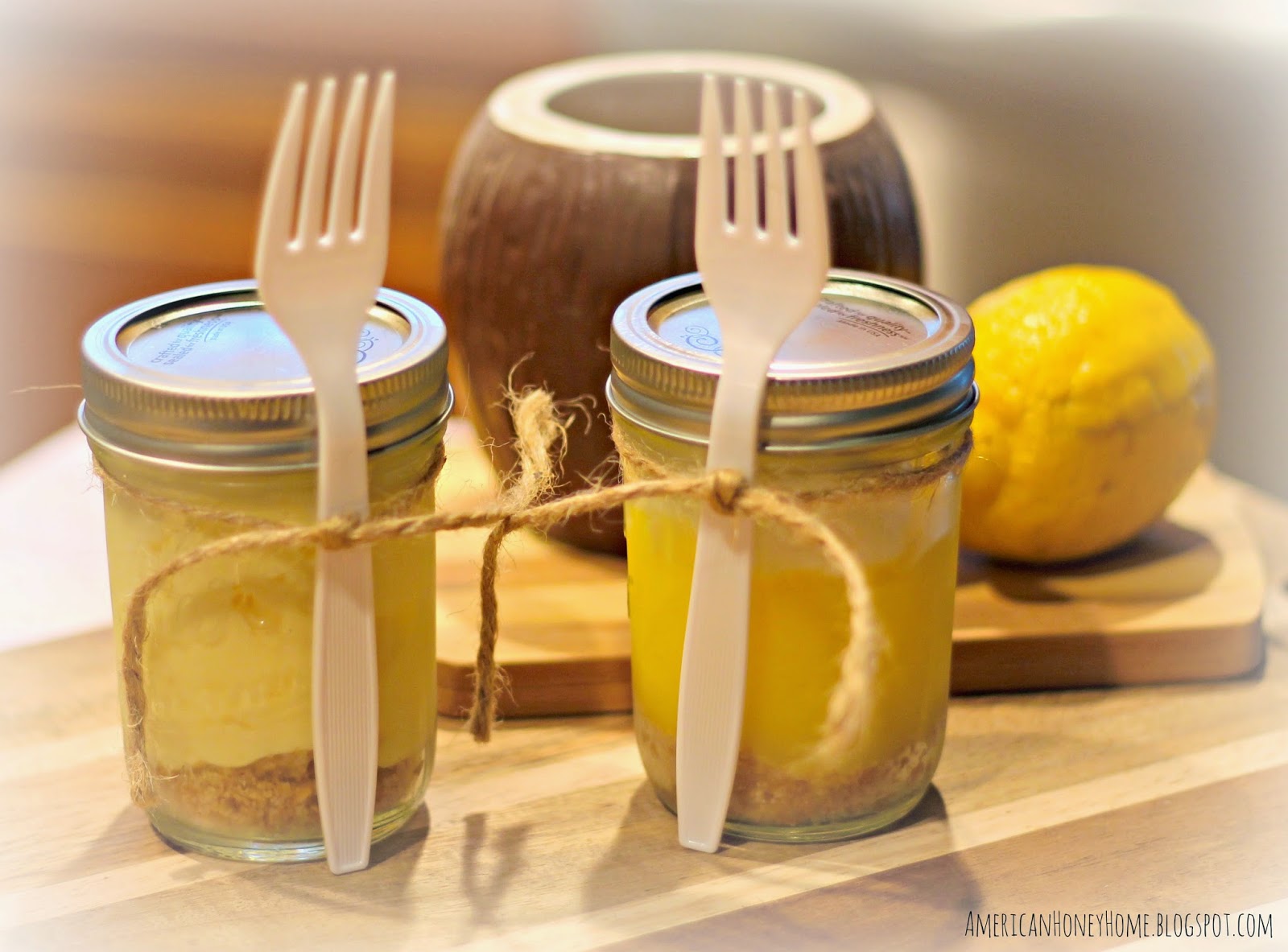 My dad's favorite pie is Coconut Cream so I knew I would make that kind for sure.  And I love lemon meringue, especially this time of year, so I knew that would be the second one I made.  These are super easy to make but take a little extra time since you have to put everything into individual jars.

I used Jello pudding mixes for both of these pies.  A small box of instant pudding for the coconut one was the perfect amount for 6 jars.  I whipped my own whipped cream, followed the pudding pie recipe on the side of the box and added half of the whipped cream and some coconut to the pudding.  I toasted coconut in the oven and sprinkled it on top of the pudding and whipped topping.  The crust for both pies is a graham cracker crust. 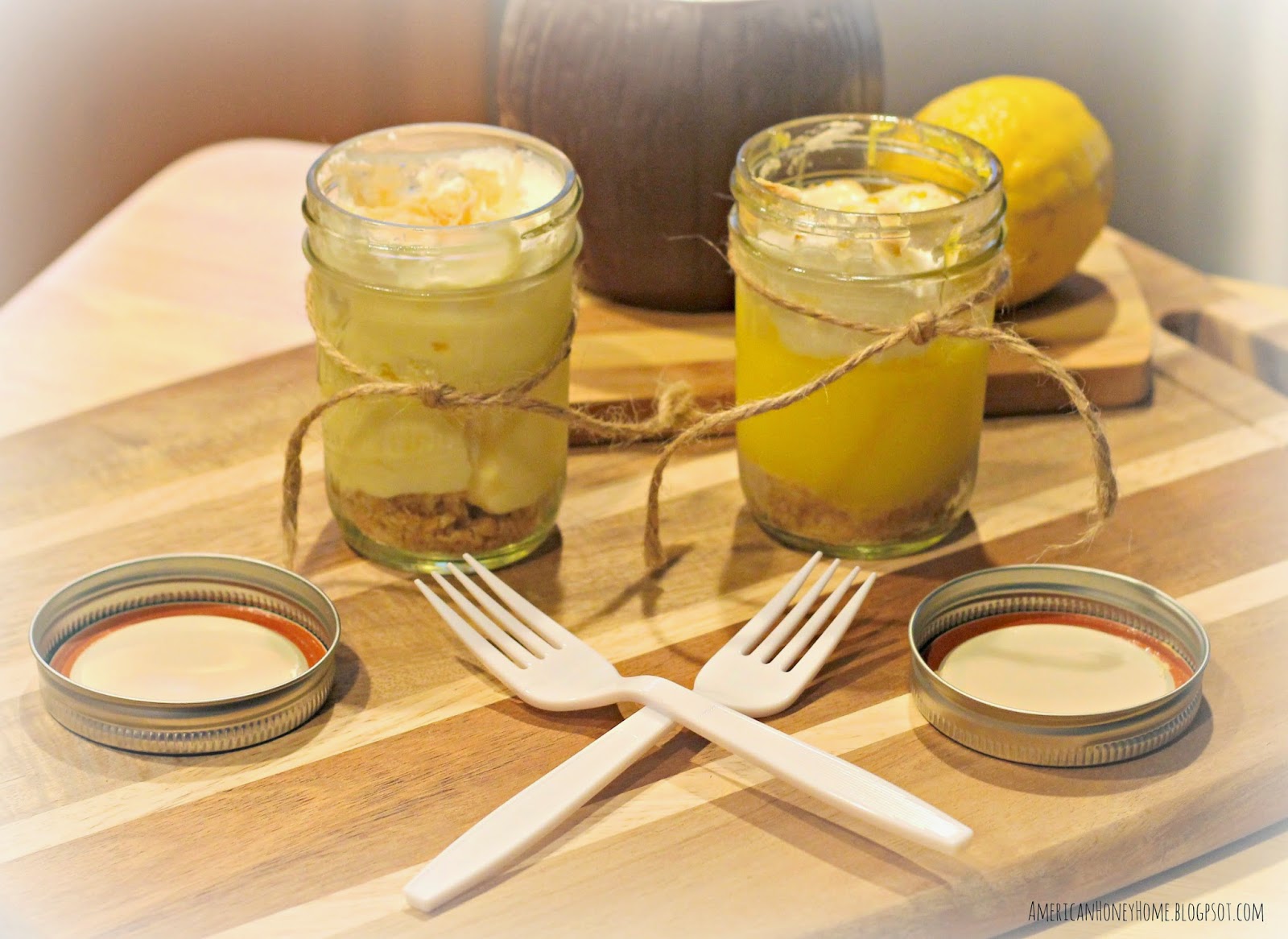 For the lemon pie, I used the cook and serve lemon pudding in the large box.  The recipe on the side of the box works perfectly and once it starts cooking, it thickens up very quickly.  The egg whites that you don't use in the pudding mix will be used for the meringue.  The recipe for that is also on the box of pudding. 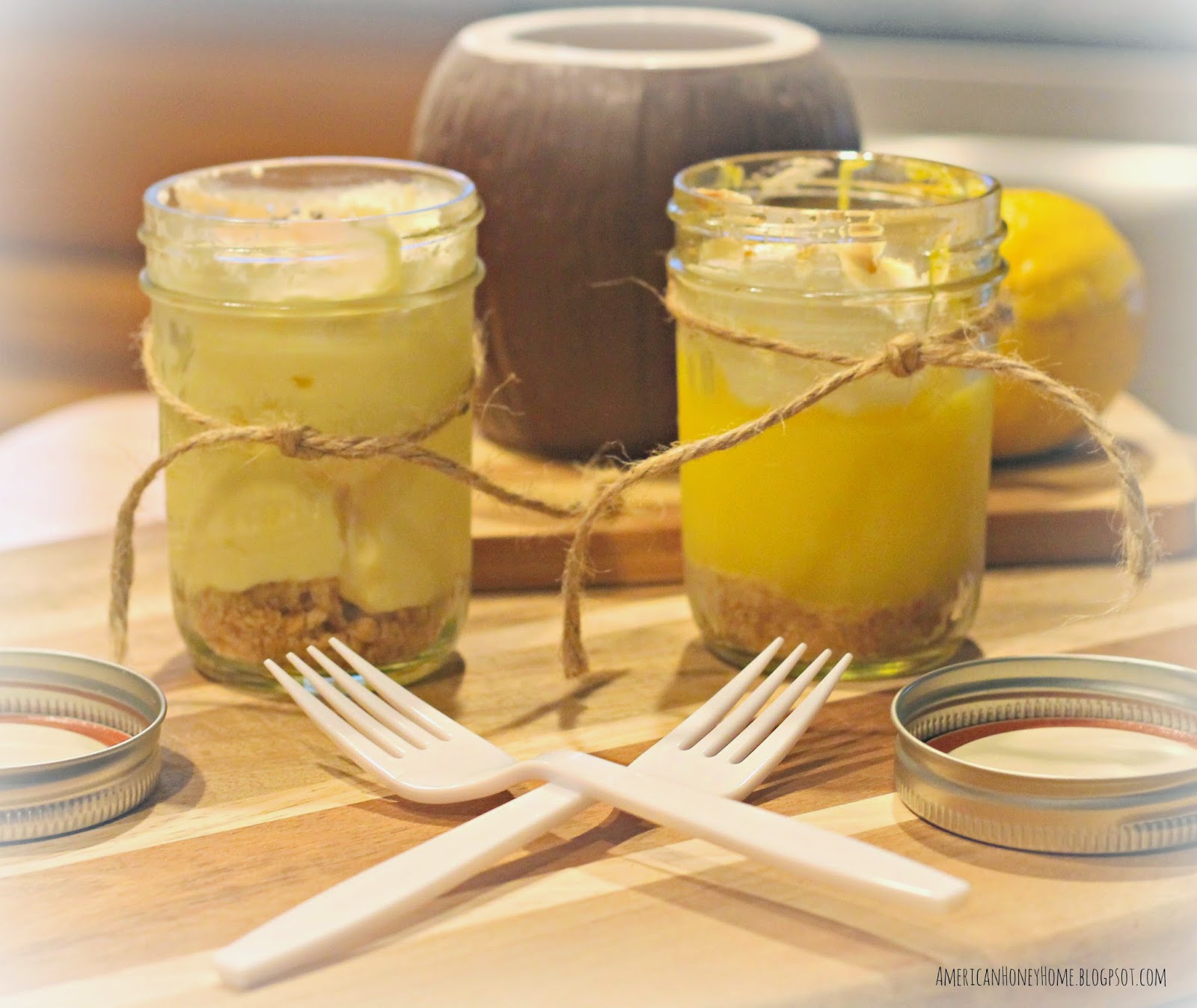 Of course I had to dress them up a little bit by tying a piece of twine around the jars.  It works perfectly to hold a fork making these the perfect portable snack.  I have all sorts of ideas for these pies in a jar, especially once camping season rolls around! 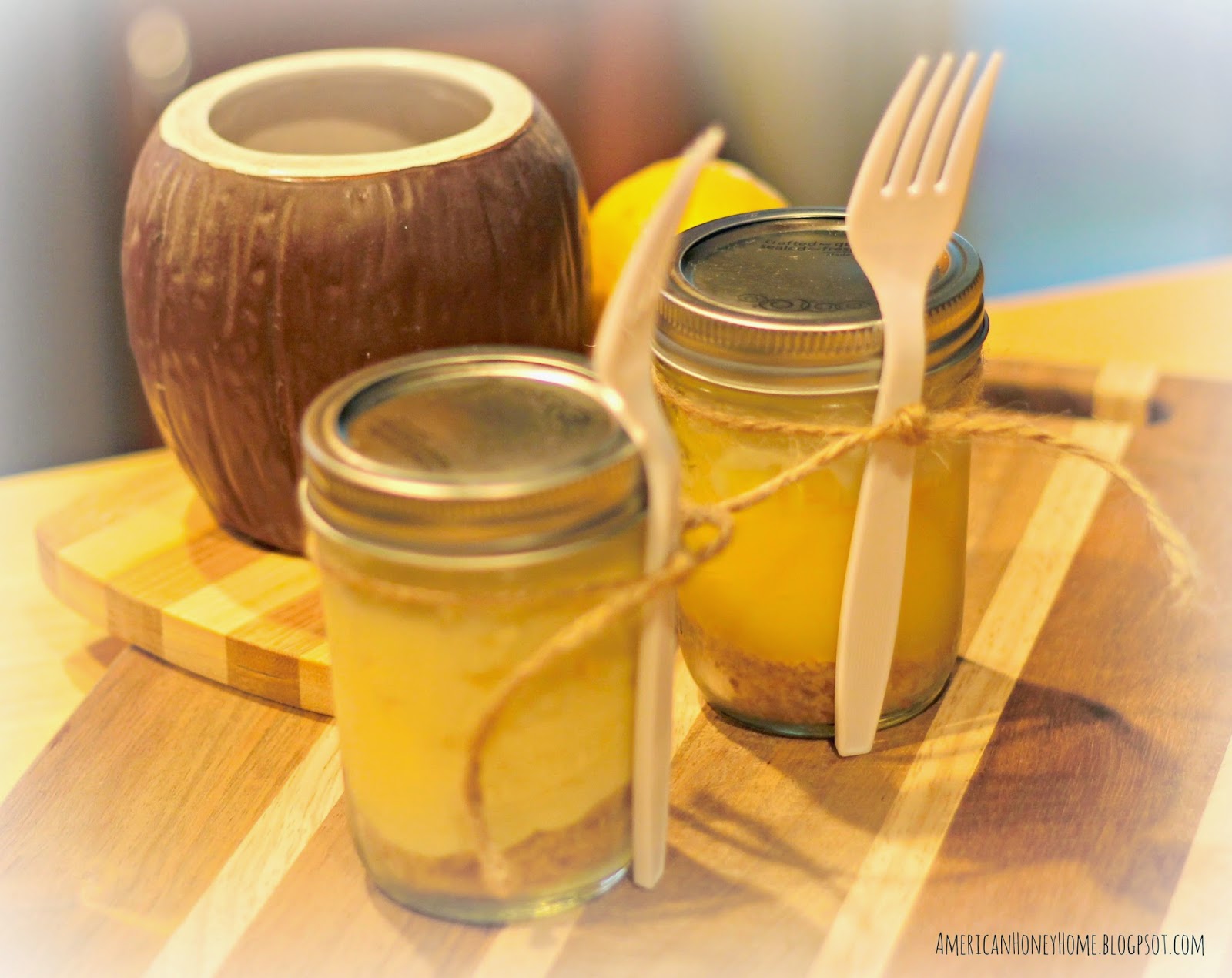 These pies in a jar are fun, easy and delicious.  I hope you give them a try.  I am pretty sure they will be a hit but only if you share!
Posted by Trisha at 9:32 AM

I love this idea Trisha! I was just reading a blog this morning where she made cheesecake in little jars too. I bet you I could eat as many as I could make :)
Your dad is going to love this sweet treat!
hugs...

Hi Trisha, wow these look so cute. I love this idea and they would be great to serve for Easter. Thanks for sharing the recipe with us. Hope you have a nice week.
Julie

I love them! So fun and easy I have to try it!
Love ya